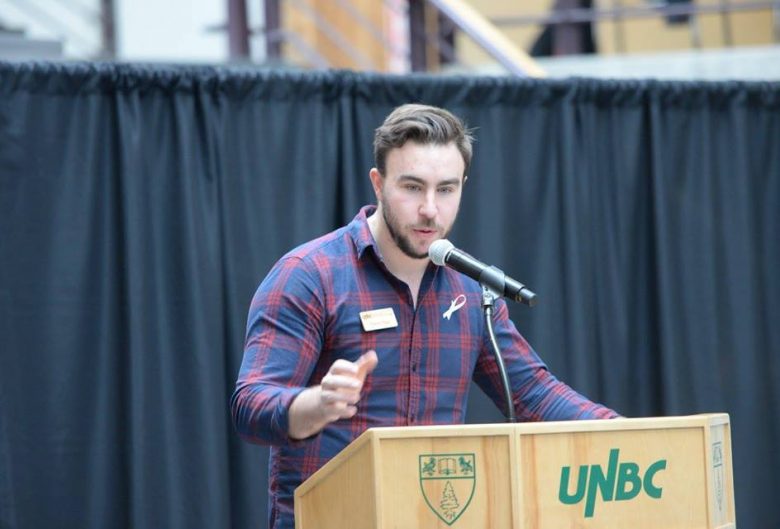 My school, my city, my home

I still remember the first time I called Prince George home. I was in my third-year of post-secondary school, sitting in my dorm room at the University of Northern British Columbia speaking to my dad about my upcoming trip back to my hometown of Terrace to visit him. I told him that I was hoping to leave Terrace on a Saturday so “I could be home” in Prince George to get ready for classes on Monday. We both heard it aloud and paused as we reflected on that idea of “home” – my dad recalling his first relocation and how feelings of comfort, community and belonging helped reshape his ideas of where home is. I smile now, recalling this conversation – Prince George was now my home for all his reasons then and continues to be now, nearly 6 years later. 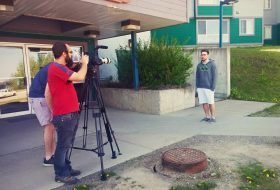 I moved to Prince George in 2009, a relatively introverted 18 year old (shocking to anyone who knows me now), to attend UNBC. I was drawn in by the idea of small class sizes and a tight community that reflected many of the core values I held. More than that, it wasn’t intimidating – I am the first person in my family to attend university and it seemed nonthreatening and very doable relative to some of the bigger schools available to me.

I thrived at UNBC – my first few years at university afforded me the opportunity to reflect on myself and spend time figuring out who I was. I pushed myself out of my comfort zones and took on different leadership opportunities across campus. In my second year, I was a Resident Assistant (a senior leader in UNBC’s residence), I was an Orientation Ambassador, and found myself surrounded by like-minded people in the UNBC community. As I look back at these experiences, it is almost easy to dismiss the role Prince George played in all of this and yet truthfully, as I was developing my strong connection to UNBC, I was totally falling in love with the city of Prince George as well. 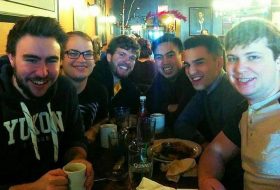 If you’re familiar with the show “Friends”, then you will likely recall their coffee shop “Central Perk” where the group would regularly come together to vent about their day and enjoy each other’s hilarious company. My group of friends found our “Central Perk” and second-home at Prince George’s Kelly O’Bryan’s – in the heart of the downtown, our group became regulars and a good portion of us even donned the Celtic kilts and worked there part-time to fund our studies. It was rare to walk through those doors without spotting friends at a table, faces buried in textbooks or lab reports. That familiarity and that relationship is not exclusive to my group of friends nor is it exclusive to Kelly O’Bryan’s. There’s a beautiful connection between the university students and the Prince George community – and whether it’s Books and Company, Zoe’s Java House, The Black Donkey, Second Cup, or any of the many awesome downtown locations, you will find and hear about these “Central Perk” connections from many different student groups.

In many ways, my life has gone full circle. I now work for UNBC in Student Recruitment and get to travel around British Columbia and Alberta to talk to prospective students about choosing UNBC and Prince George. The job is incredible and is so much easier because I truly believe in the product I am promoting to students. Whether I am in Vancouver, Calgary or back in my hometown of Terrace, I love being able to talk to students about why I love Prince George. As someone who would call himself anything from an amateur photographer, an aspiring poet, a fan of theatre, a board games aficionado to a beginner-hiking enthusiast, I have found a place to support every one of my hobbies and interests. It’s a community that is large enough to offer the amenities you want out of a big city but small enough that you still get the community vibes and without having to 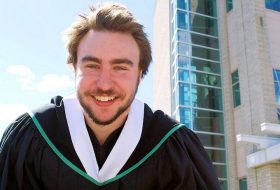 And the best part about Prince George is that it’s only getting better. The downtown scene is developing into an awesome hub of young and trendy places to hang out right now. Whereas we used to spend our weekends hanging out at friend’s houses or around a campfire, we can now check out any of the new trendy restaurants – Betulla Burning, The Copper Pig, Nancy O’s, Kask, CrossRoads Brewing, The Black Clover – just to name a few!

I’ve made so many wonderful memories here in Prince George in the last eight years and cannot wait to make many more.