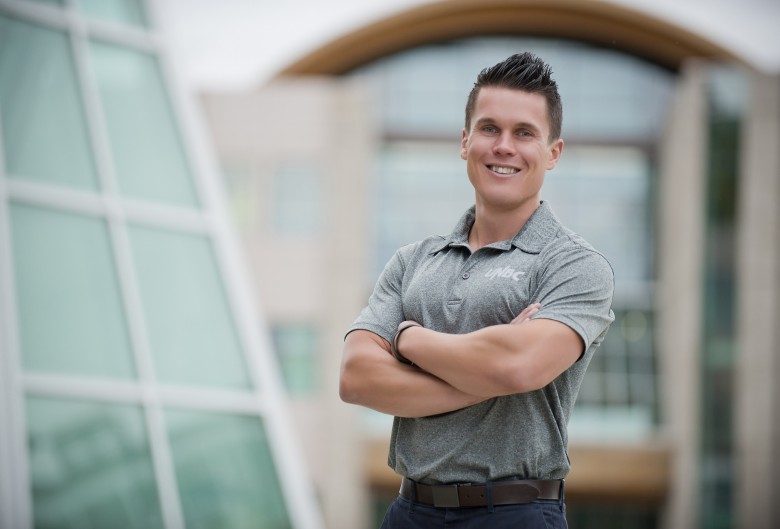 Some might argue Scott McWalter would make the city’s Top 40 list no matter what the age criteria. In only a couple of years he has become a household community name thanks to the success of the website he co-founded, a little Facebook page called Hell Yeah Prince George (HYPG) that has become nothing short of legendary for drumming up community spirit and exposing a deep love local residents have for this area. Heaps of money has been raised for charities, heaps of attention has come to worthy area businesses and not-for-profits, and heaps of praise have been piled upon HYPG organizers.

“Scott’s efforts created a group of over 26,000 individuals who love where they live and want to talk about it,” said one of his supporters. “This initiative has changed the way Prince Georgians feel about their own community and the way the community is perceived elsewhere.”

He has managed to ensure the HYPG success hasn’t overshadowed his role with UNBC, drawing attention and forging partnerships between the university and the public. In fact, the two have been complementary.

To the same ends, he also invented the Goal Spank initiative for those setting fitness benchmarks for themselves (he is a fitness instructor, too, to go along with his MBA from UNBC). He is also on the city’s triathlon committee, five years on the indoor soccer league’s board, is a guest speaker at many community events, and participates in many of the most challenging fitness events he helps train others for.

“Whenever I take on a task, I always ensure there is a goal attached to it,” he said. “As lead organizer of the Terry Fox Run, my team strove to surpass 1,000 participants in 2014 and we conquered this goal via viral marketing.”

It makes us all wonder, with big expectant grins, what goal Scott will try to spank next.