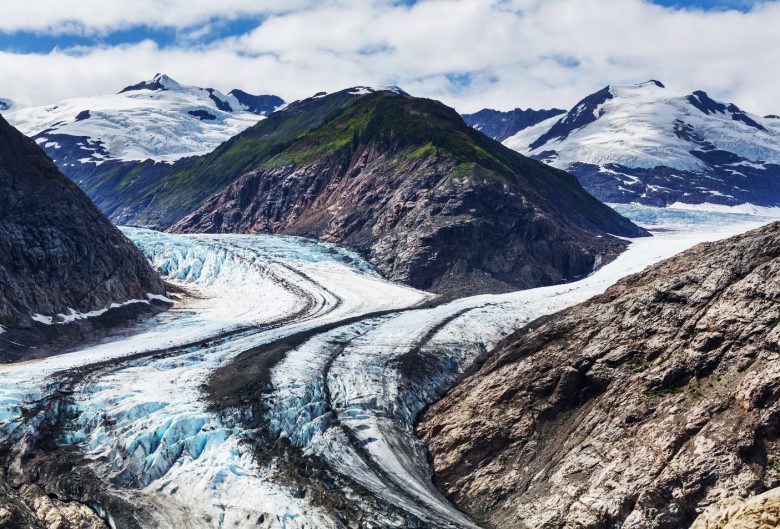 Shhhh! The north has bucket list-worthy natural wonders the rest of BC doesn’t know about. Sure, Vancouver, the Okanagan and Whistler may get the lion’s share of international travellers, but that certainly doesn’t mean there aren’t bucket list-worthy natural attractions in the north. The major upside: you won’t be lining up or dodging crowds to snap a photo without tourists in it. In fact, you might just get the place to yourself. Here are 9 such natural wonders that are the perfect excuse to get out and explore the region. And yes, you’ll need a vehicle; the north is road-trip country after all. 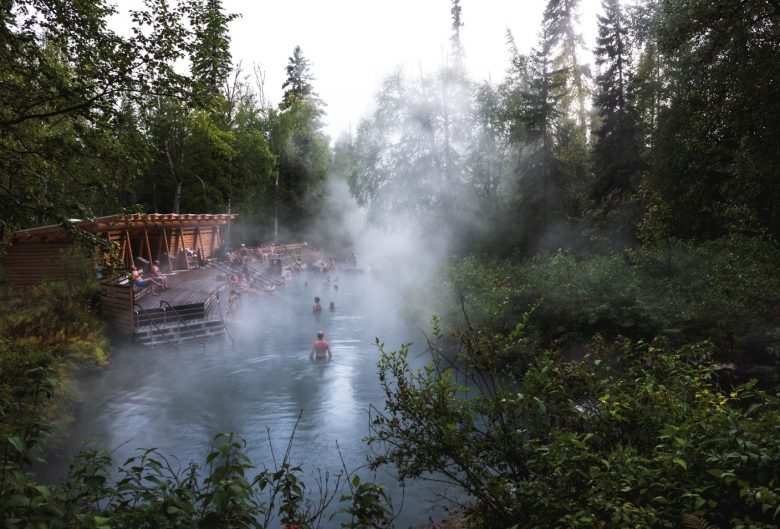 Too many times I’ve visited hot springs only to discover they’re simply geothermal hotel pools. Other times, the springs are hard-to-reach, tepid and shallow. None of this can be said about Liard Hot Springs. Find them set within an overgrown spruce forest and framed by a handsome timber boardwalk and platform. Other features to write home about? Liard Hot Springs are the second largest in Canada, which means there’s easily enough space to lounge without having to squeeze in too close to other bathers. A change house means you don’t have to awkwardly shimmy out of your swimsuit beneath a towel. Visitors can expect temperatures upward of 42°C…and a long (but scenic) drive north. 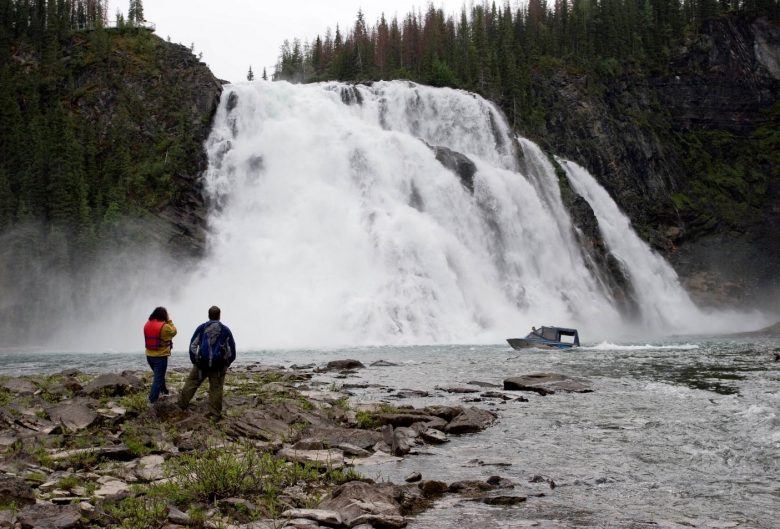 White water tumbles 60 metres over a rugged geological fault making Kinuseo Falls an impressive sight to behold. You might be surprised to learn it is 9 metres taller than Canada’s iconic Niagara Falls. Kinuseo Falls is located within Monkman Provincial Park, 60 km south of Tumbler Ridge and 459 km from Prince George. If you’re visiting in summer, why not camp and fully explore the park’s unspoiled backcountry trails? 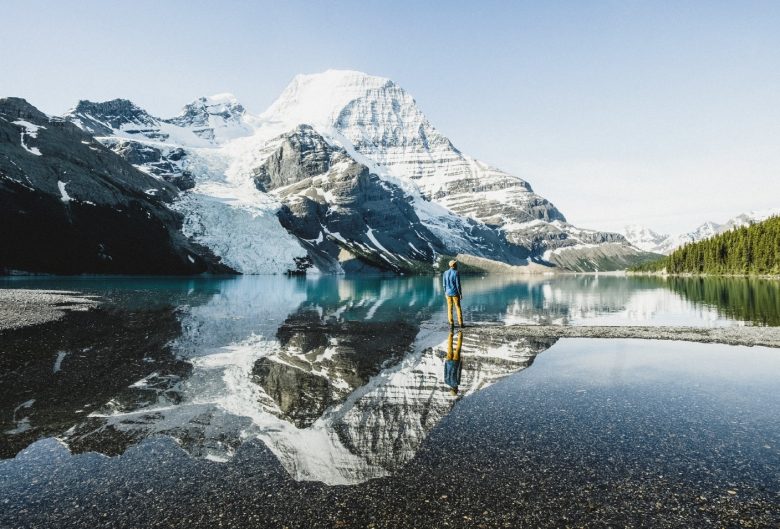 The most impressive portion of BC’s Highway 16 can easily be narrowed down to the 8 km stretch that approaches Mount Robson. What makes Mount Robson so remarkable? First, its distinct, snow-capped peak. And second, that it stands something like a sentinel, guarding the gateway to the north.

Sure, you could snap a couple of pictures through your cracked windshield or pull off and take a selfie, but why not stop, unpack, and stay a while? The area has great hiking trails, rustic accommodations and pulse-quickening rafting along the Fraser River. The best part? Mount Robson is only a three hour drive east of Prince George. 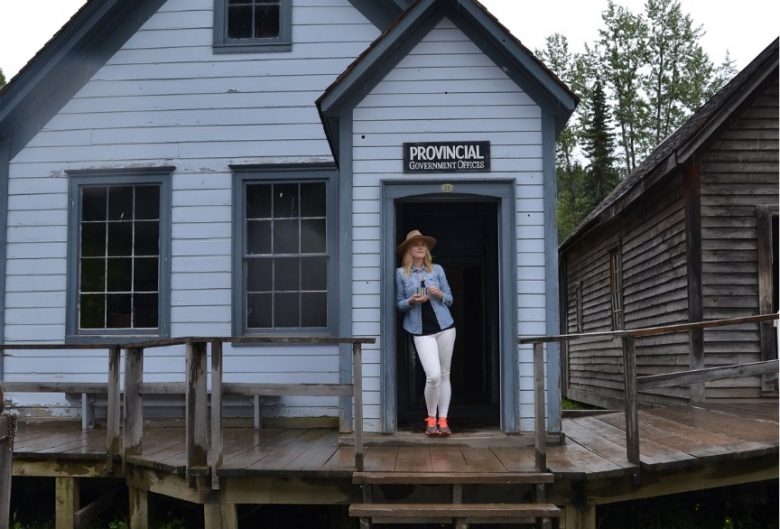 Tucked into the Cariboo Mountains are historic Barkerville and the artsy District of Wells, which are both only about a two hour drive from Prince George. Step back in time – in every sense – to experience gold rush fever of mid-19th century British Columbia. Dress up and have old-time photos taken, pan for gold, go for a stagecoach ride, or take in a performance at Theatre Royal. If you can snag a reservation, spend the night at one of the inns or B&Bs within Barkerville. It’s like spending a night in a museum. Travellers visiting in early August will be treated to the eclectic vibes of ArtsWells, a four-day festival with over 100 performers across 12 stages. Read about my brief visit to Barkerville here. 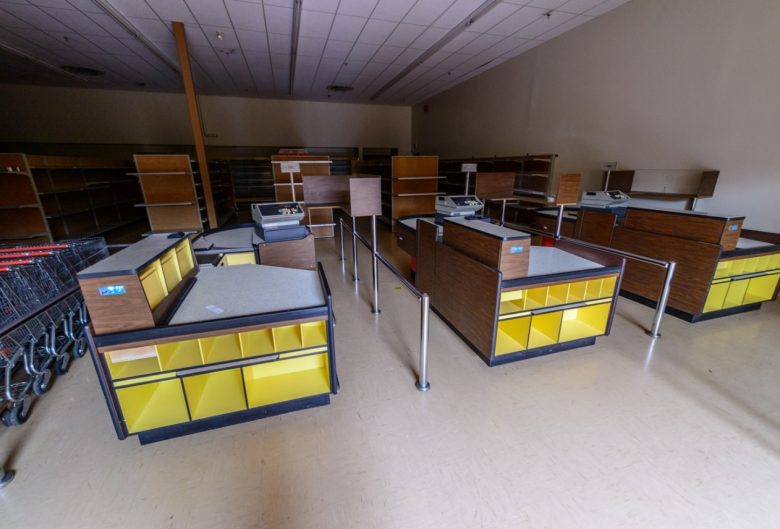 Kitsault is so intriguing because of its near-perfect preservation…for a place that’s not inhabited, that is. It’s as if all of Kitsault’s residents packed their bags, tidied their homes and departed in an orderly fashion. Part of Kitsault’s preservation can no doubt be attributed to Krishnan Suthanthiran. In 2004  Suthanthiran purchased the ghost town for $5.7 million dollars and he’s since invested a couple million more into its preservation. Time will tell if Kitsault is revitalized once again by industry, but for now, it’s a neat day trip. Creepy or cool? Click here to check out photos of modern-day Kitsault.

It’s mountains like the Spectrum Range that remind us that Mother Nature is a most accomplished artist. The range is made up of four composite volcanoes overlaid by hardened lava. Heavy mineralization gives the range its vibrant kaleidoscope of colour. No roads reach the Spectrum Range so those who want to admire it must slog their way through dense backcountry or take a scenic flight. 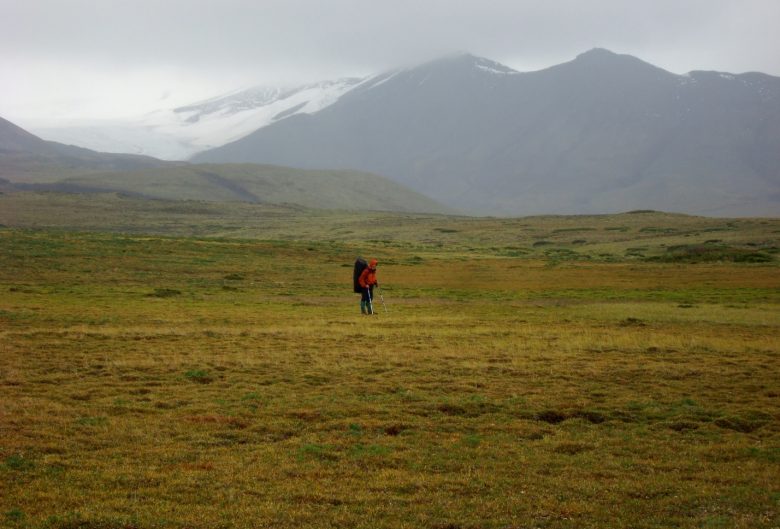 Okay, this excursion will require some advance planning. Remote, wild, and untouched, Mount Edziza Provincial Park is one of BC’s most intriguing parks. It’s a place where volcanic cinder cones puncture the landscape; where magnetic properties distort compasses; and where you’re just as likely to spot a grizzly bear as another hiker. Self-sufficiency and backcountry survival skills are paramount here. However, those who venture into the park will be rewarded in spades. This is one of the province’s most incredible pockets of wilderness. The hike takes 7-10 days and covers 75 kms. Get dropped off by float plane at Buckley Lake and arrange to be picked up at Mowdade Lake. 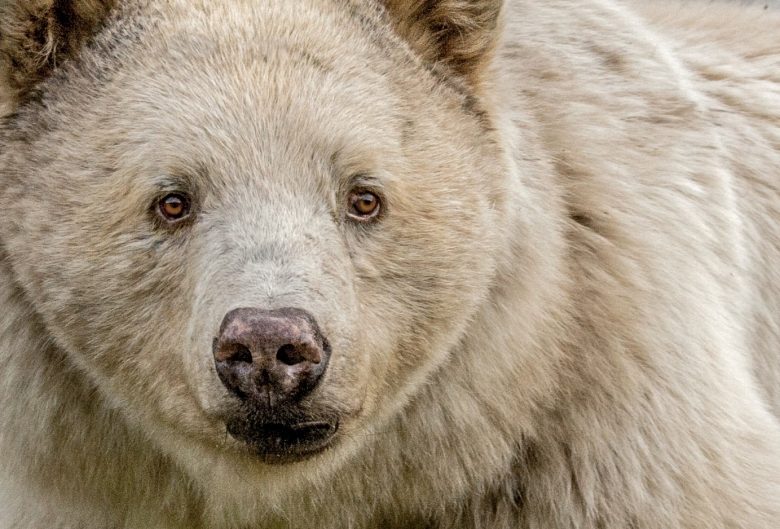 On BC’s north and central Pacific Coast lies the Great Bear Rainforest. It is a raw and pristine parcel of wilderness. It’s big too, measuring 32,000 km². (Roughly the size of Ireland!) That makes it the largest intact temperate rainforest in the world. And of course, it’s the nearly-exclusive stomping ground of the Kermode bear, aka spirit bear. The Great Bear Rainforest can truly be described as a place Where the Wild Things Are. For an authentic northern experience, venture out with an outfitter on a grizzly safari. 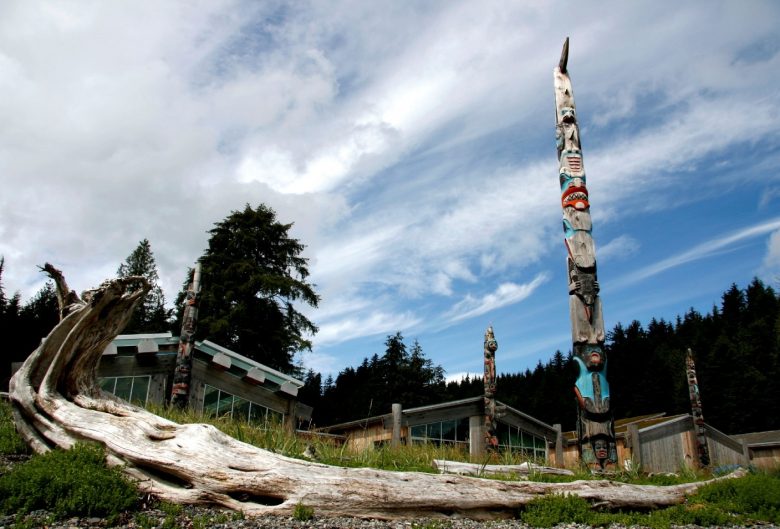 Exploring this wild coast will excite eco-lovers. Shack up in a rustic cabin, discover cultural wonders at Skidegate and SG̱ang Gwaay, and then shop the handicrafts of local artisans. Venture into Gwaii Haanas National Park Reserve to paddle an islet-dotted and cragged coastline. Keep your eyes peeled, the waters are teeming with marine life. Those visiting in mid-August should check out Edge of the World Music Festival.

What do you think is the north’s most bucketlist-worthy natural wonder? Let me know! Tweet me: @gypsetjenn @moveupPG