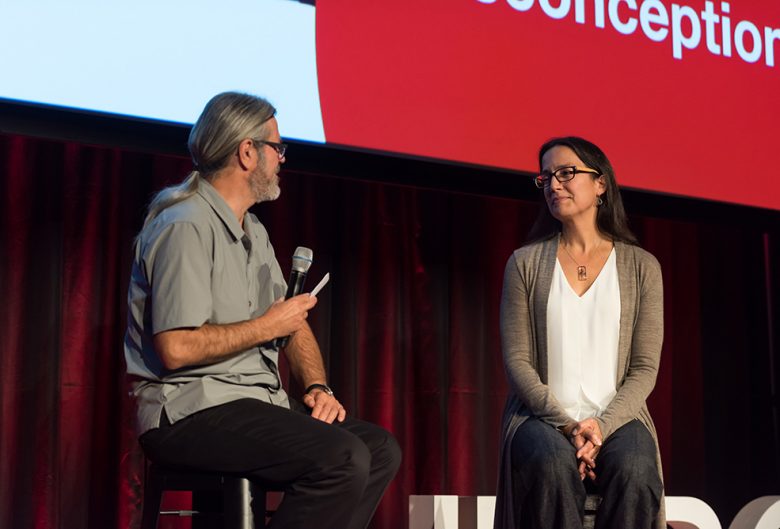 I am an alumnus of and graduate student at the University of Northern British Columbia. In other blogs, I have talked about the misconceptions we have about our community and have from time to time taken time to applaud UNBC. I can think of no better topic to write about after just finishing organizing the very first TEDx UNBC event in Prince George organized around the theme of dispelling misconceptions. During the process of selecting speakers, I quickly discovered that the media’s focus on post-secondary schools that are larger than UNBC can make us overlook all of the amazing ideas in our own backyard and the captivating individuals who give a voice to these ideas. 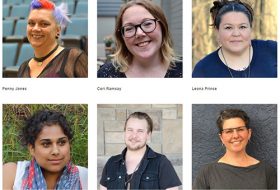 The six speakers, in addition to Dr. Nadine Caron, who participated in TEDx UNBC: Dispelling Misconceptions.

One of the people I had the pleasure of working with on TEDxUNBC was Dr. Nadine Caron. Beyond being the first Indigenous General Surgeon in Canada and the first Indigenous graduate from the University of British Columbia’s school of medicine; Caron is a tireless advocate for illuminating the path for other Indigenous boys and girls throughout Canada. She was one of seven speakers who spoke at TEDxUNBC. During her talk, she spoke about the other side of the “first”. Her talk was about the problems with celebrating the first person to achieve something, which can at times cause us to forget about the societal obstacles that hold others back from obtaining the same goal. Her talk and the other six talks are examples of how we do not need to look to import amazing thinkers to Prince George but need to look at our local talent pool.

Overcoming my own misperception of Prince George

One of the most significant things I realized after finishing organizing TEDx UNBC was that Prince George is a community that’s more innovative than I thought before. It’s a misconception that TEDx UNBC dispelled for me, but it’s also one that I found still exists with many of the youth today. It’s this misconception that can be damaging to our community as it leads some youth to think that moving to larger cities like Vancouver, Toronto or Montreal is the only way they can work and compete with other leading thinkers. That’s not the case and in Prince George, as we’re discovering every day that we can compete with the bigger players in the market.

Recognizing innovation in our own backyard 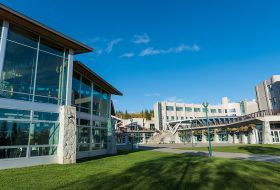 The University of Northern BC: where ideas happen. Photo Credit: Kelly Bergman

We often see portrayed in the media the intellectuals of our world coming from far-off universities like Oxford and Yale and the cutting-edge research of tomorrow being conducted in the labs of MIT or Cambridge. Although it’s sometimes not easy to recognize our local talent, it’s clear that these perceptions could not be further from reality. UNBC is part of the top 4% of universities in the world; it’s one of Canada’s best small universities, and we have some of the most innovative people around living in our community.

The question is not when will ideas generated in Prince George begin to take off, but what will be the next big idea that comes out of the city?