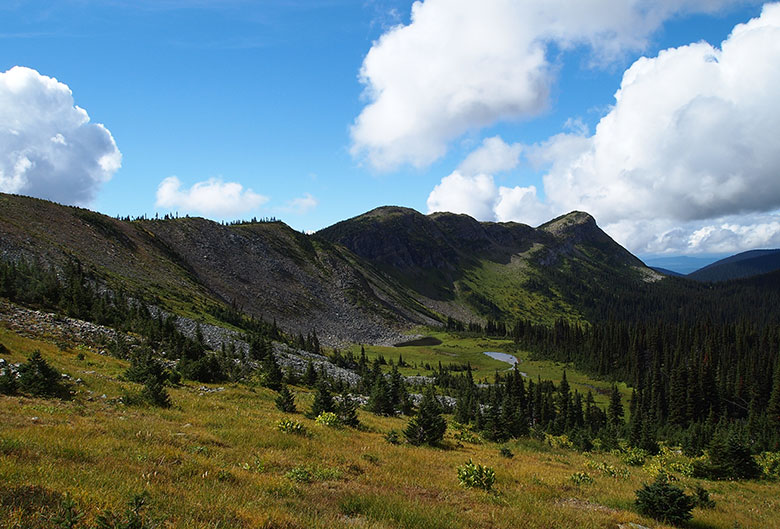 The hills are alive (with the sound of footfalls)

When asked to explain running in Prince George to the friends I made while living in central Canada, I say, “It’s just like Ontario… only vertical.”

Well, there’s a bit more to it. From flat terrain to rolling hills and more challenging landscape, the city has much to offer anyone interested in two-footed adventure.

After many years in the city, I moved to southwest Ontario for a job opportunity in 2008. I explored the communities around Waterloo Region while training for marathons.

In returning to Prince George in 2020, I wanted a new way to kick up my training routine. The city’s hills were the perfect solution.

Come for the workout, stay for the view

One of the greatest treasures in my running routine is University Way, connecting the bowl of Prince George with the University of Northern British Columbia atop Cranbrook Hill.

When I returned in the summer of 2020, running from my Airbnb to UNBC was a quick way to get a great workout (and 210 metre ascent along a 14 kilometre route).

University Way offers runners a safe separation from traffic, a long and steady climb, a fabulous view atop Cranbrook Hill back to the city and its two rivers, and an exhilarating trip back down… whether on the road or via nearby trails. The descent via the road often reminds me of a freeway section of Hamilton’s Road2Hope Marathon.

The Centennial Trail through the city was established while I was away. The more gradual downhill along Tyner Boulevard to the University Heights subdivision offers a terrific view of the river valley and hillsides to the east and south.

I’ve enjoyed adding hills to my pre-work morning runs. It’s a special treat to climb St. Lawrence Avenue to the end of the road, turn around, and see the sunshine burst forth across the city. It’s a great spot to pause and reflect before getting back on track. 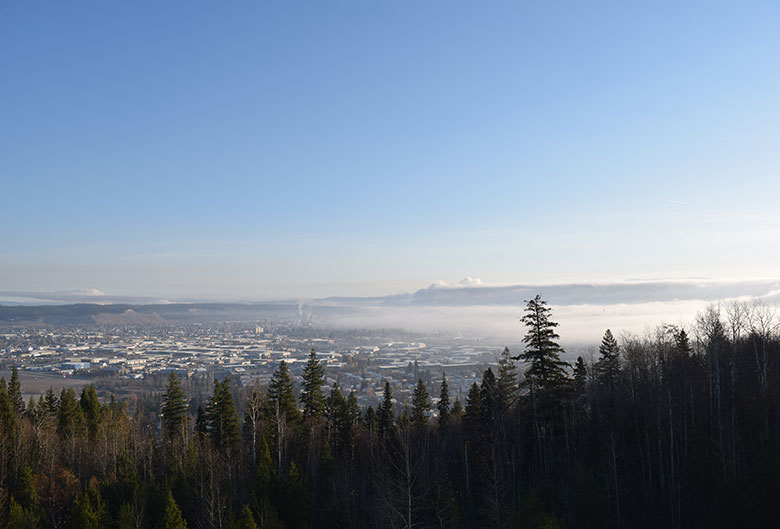 Nearby provincial and regional parks can put the skills and stamina gained in your home community to good work.

In the off-season, the Caledonia Nordic Ski Club includes a range of trails that will get you climbing and your heart pumping. While I’ve explored the centre on cross-country skis, a group run introduced me to trails I’d never encountered.

Mount Pope Provincial Park in Fort St. James provides a steady climb, rewarded by a 360 degree view of Stuart Lake and nearby landscapes.

The Berg Lake Trail of Mount Robson Provincial Park includes the greatest scenery I’ve ever encountered. Running the trail with my dad during a 2017 vacation will be forever etched in my memory. The burger and Coke at a nearby resort was a tasty way to cap off the 42 kilometers and 750 metres we ran and climbed that day. 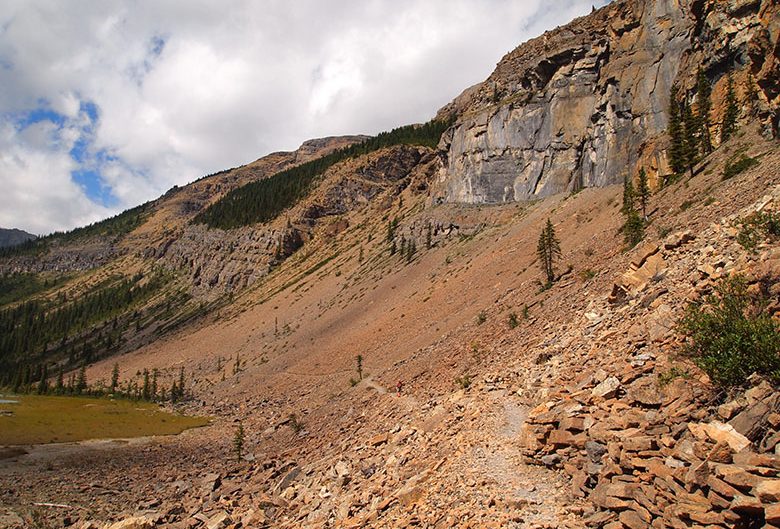 Solo running is one of my pleasures to meditate, reflect, and take in the scenery.

If you are more socially inclined, the Prince George Road Runners offer plenty of opportunities to make connections among fellow runners through road runs, trail runs, and a race series.

Of course, wildlife abounds in the region. I’ve encountered deer, moose, foxes, and bears throughout my adventures in city limits.

Being mindful and respectful of bears is critical. UNBC offers a bear awareness and safety course to help keep encounters peaceful for all involved.

Running has given me the opportunity to get to see more of the communities I’ve lived in and visited.

Whether one wants to run or take a more leisurely pace, the streets and trails of Prince George offer a fabulous experience… from riversides to hillsides.

About the Author: Mark was born and raised in Prince George. He has happily “boomeranged” to the city following adventures in Victoria, Metro Vancouver, and Ontario’s Waterloo Region. Mark is currently the Executive Director of Marketing and Communications for the College of New Caledonia. His spouse Sarah and their greyhound Lenny are enjoying life in Prince George.