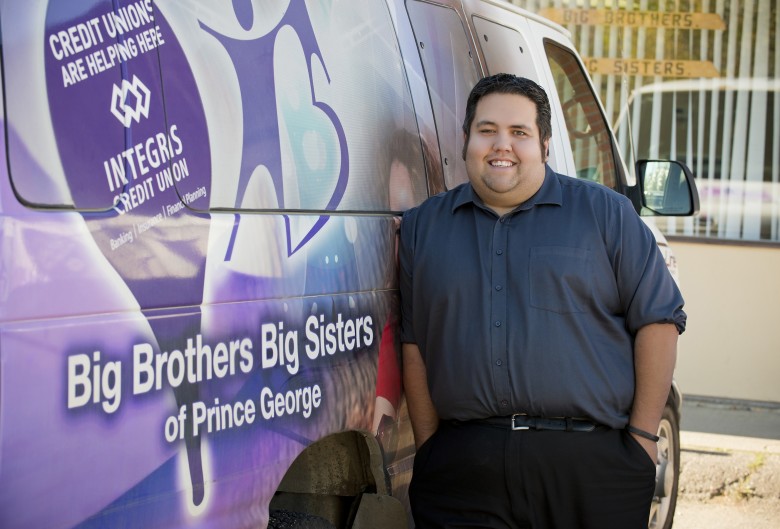 Isn’t it nice when predictions work out for the best? Tim Bennett was the 1999 Prince George Youth of the Year and this year, he is inducted into the city’s Top 40 Under 40.

He gets this latest distinction for devoting himself so effectively to other youth in the region – ALL other youth. As a vocation, Bennett is the Executive Director of the city’s Big Brothers-Big Sisters organization. As an avocation, Bennett is a two-term school trustee first winning election in 2011 (making him one of the youngest trustees in the province) then again in 2014.

“I believe that a child’s potential is unlimited and when provided with the right opportunities they will do amazing things for our community. Providing those opportunities today could be the start of something big,” he said. He is his own example.

Bennett does much more in these roles than just basic participation. Around the trustees’ table he is the Communications Officer with the northern branch of the BC School Trustee Association.

At work he was the national BBBS Trailblazer Award winner in 2014. He won the Chamber’s Community Impact Award and was a finalist for both the Business Person of the Year and the Hell Yeah PG Community Ambassador trophy.

Somehow he has also found the time to serve six years on the board of Volunteer Prince George, helped launch the Nechako Community Theatrics group, was a member of the PG Literacy Advisory Committee, and other volunteer efforts. It all adds to the youth legacy Tim has formed within his community.