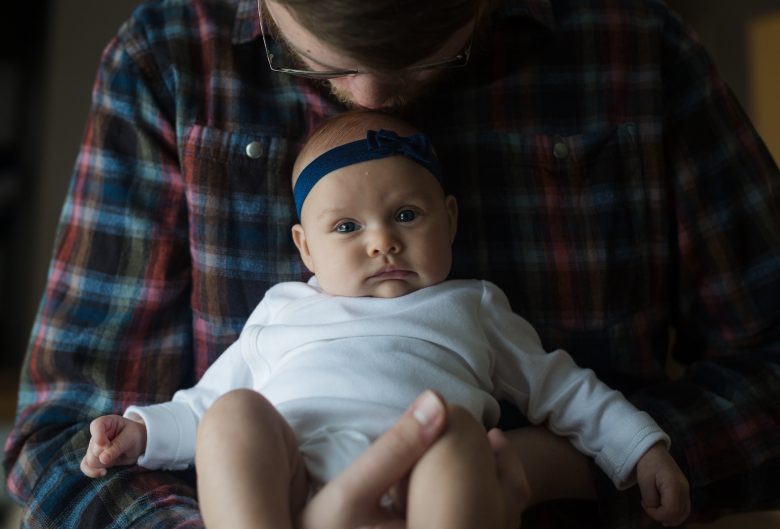 To Alberta and Back Again: A Move Up Prince George Tale

My dad was born in Corner Brook, Newfoundland. My mom in Joliette, Quebec. By chance, they met in a bar in Burnaby in 1981. They married in 1984 and had my sister three years later. It wasn’t until 1991, however, that they completed their family with this guy right here. 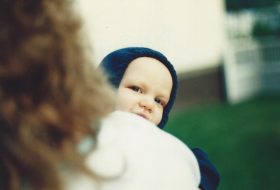 A year later, the grim job market had left both my parents unemployed. Together they decided to put the bustle of the Lower Mainland behind them for a new life in B.C.’s northern capital. Though no jobs waited for them in Prince George, they followed a hope.

Weeks before we moved, my dad drove to Prince George to find a home for his young family. He had only a weekend to accomplish this. Minutes before he headed back, my dad put money down on a trailer in a mobile home park south of the city.

My mom never saw the place before moving. She was okay with that, she said, as long as it wasn’t brown or green. When they drove up to the trailer in the spring of 1992, she would discover it was both. My dad assured her it could be painted. 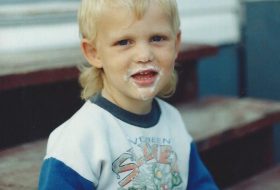 Trailer parks get a bad rap, but I feel lucky to have grown up where I did. It was a community. A community of kids both young and old. A community of great friends and mortal enemies (we were kids so everything had to be dramatic). I went to Pineview Elementary from Kindergarten to Grade 7 and was happy.

By the time I hit my senior high school days, however, I felt what I think many kids growing up in PG do at some point in their lives… I wanted to leave. I travelled to Vancouver a few times throughout the years and the allure of the “big city” was a-callin’. All I wanted to do was write. As a teenager, I was convinced the only way I could do that was to move to Vancouver. 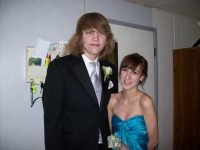 In Grade 12, I took a directing and scriptwriting course at PGSS. In that class, I met the girl who would eventually become my wife. I wanted to be with her more than I wanted to leave so we moved through the motions of life in PG together.

She enrolled in nursing at CNC while I studied English and history at the college and UNBC. But one day those feelings returned and we finally decided to put Prince George behind us. 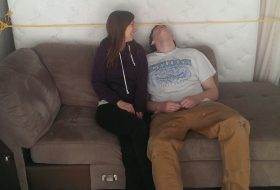 Since this isn’t “Move Up Calgary,” I’ll sum up Alberta in one sentence: We moved a province, rented a duplex, got a dog, got engaged, got evicted from the duplex due to owner bankruptcy, bought a house, discovered the house was haunted, got married, bought a car, had the car nearly destroyed by both hail and a drunk driver, got pregnant, gave birth to a stillborn daughter, became Christians (I’m serious when I say the house was haunted), had two miscarriages, got another dog, sold our haunted house and finally left Alberta for PG in 2017.

I still love Calgary and there is a part of me that will always feel like an Albertan. But no matter where we were or what we did there, it always seemed like something was missing. All the bad that happened to us in Alberta was directing us back home.

Back to the Bowl 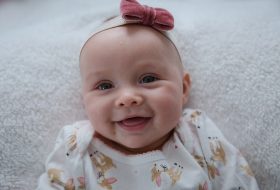 One day, we had enough. I quit my job to renovate our place. Before the house was even on the market, I got offered a job in the College of New Caledonia’s Communications department. Shortly after, my wife was offered a contract teaching the Healthcare Aid Program at CNC. We got pregnant once again and found a house we love (that’s also ghost-free). In August, our lives changed when our daughter Harper was born.

The idea of “coming back” seems to be an inside joke in PG. I was told many times, often with a laugh, that “they always come back.” We laugh because it is true. When I left for Calgary, I was looking for something. I was looking for community. When I didn’t find it there, I realized, truly, what I left behind. 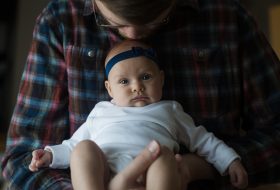 There’s something special about Prince George. The second time around, I want to give this community my all, for me, for my wife and especially for my daughter. I want her to be as happy as I was growing up here. And yes, she may very well want to leave one day. But if the rumours are to be believed, she’ll be back.