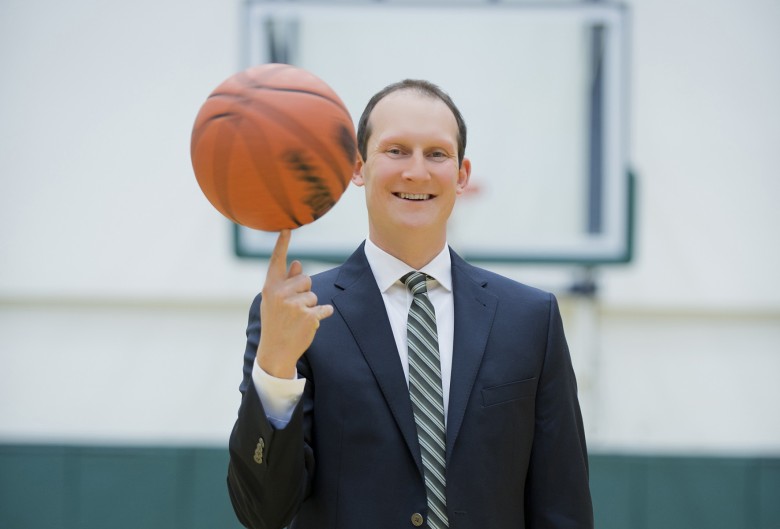 The head coach of a university sports team is in the public spotlight, under pressure on campus from all the interested fans of the team and the school, and is also a public figure in a position of wider leadership than simply the UNBC gym. Todd Jordan is someone who thrives in this dynamic position.

One supporter said Todd was an exemplary coach, leading the men’s team “to the first CIS playoff appearance in school history,” this past season, “but what sets Todd apart from his peers around the league, as well as his peers at UNBC, is his commitment to youth in Prince George. Todd is tireless in his efforts to present kids of all ages in P.G. with a chance to grow athletically and personally.”

The UNBC Timberwolves team has junior programs for which Todd plays a leadership role (he founded these programs), but he also participates off-campus as a coach and special guest at other athletic camps and amateur sports fundraisers. Special Olympics has a special place in his volunteer heart.

“I am responsible for the leadership of 12 to 16 student athletes along with my coaching staff,” Todd said. “I am extremely proud of the advancements the team has achieved upon entry into the CIS, making the playoffs within our first three years.”

Perhaps his passion is an echo of the cheers he received when he, too, wore the T-wolf on his chest. Todd is a UNBC graduate (Accounting in 2005, B.Ed in 2007) and played on the team at the time. He was born and raised in Prince George.

He has a number of provincial and PacWest titles to his history, he sits on administration positions like the committee that brought the CCAA National Tournament to P.G. in 2009, and he also involves himself in community initiatives like the Terry Fox Run and UNBC fundraising.