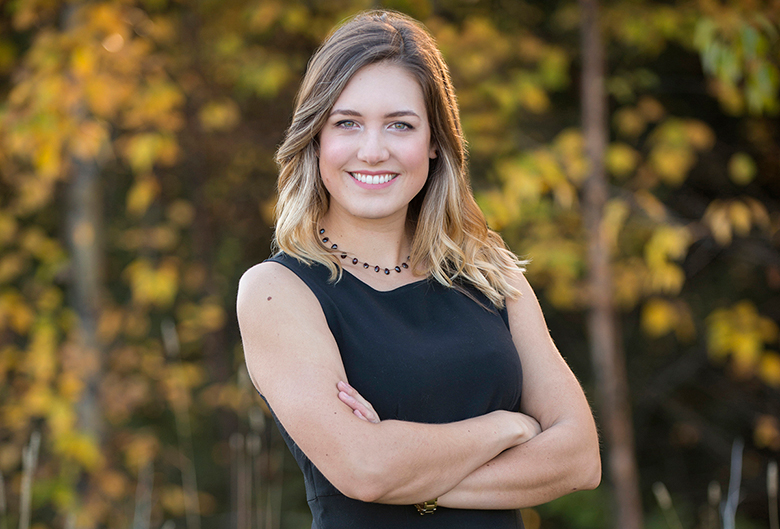 In 2016, as a new university business graduate, Haylee’s proudest moment was landing her dream job with Northern Health. “Many of my past achievements are tied to my university experience,” she says, “winning first place in marketing for JDC West, being my class valedictorian, and being awarded numerous scholarships as an undergrad student.”

Since graduating, Haylee has demonstrated her abilities as a marketing prodigy in Prince George, mixing both her passions and values. She completed an academic exchange in Paris and took many of her marketing and international business courses there. In the summer of 2016, she completed a French language program at Université Laval in Quebec City. She volunteered her time, even before graduating, for the Canadian Cancer Society doing health promotion work. After university, she worked as a chief marketer for the Northern Lights Estate Winery and is now the Communications Advisor for Population and Public Health for Northern Health.

“She’s been a great example for other students at the University,” says one supporter, “and is bound for incredible success in her field and beyond.” Haylee is involved with the Wheelin Warriors of the North—a cycling group raising money and participating in the Ride to Conquer Cancer. “This will be my 2nd year doing the ride,” says Haylee. “This year, I am also a godparent (support and mentor) for the University of Northern British Columbia JDC West team. Along with the coaching and mentoring the team, I act as a support to the team captains.”