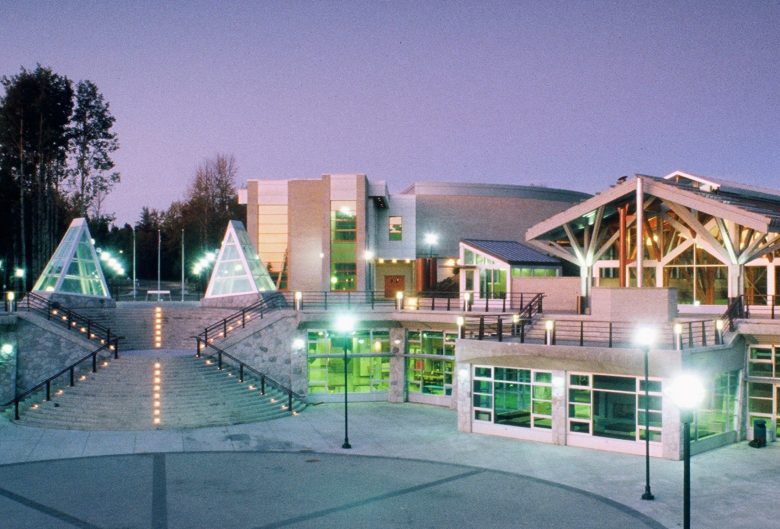 The University of Northern British Columbia (UNBC) often sells itself as a university that has small class sizes so that students get a more personalized education. It is that image which many new students who come to UNBC experience when they sit in class for the first time. But one area that seems to be undersold is the wide variety of world-class research that is conducted at the university. As a graduate student at UNBC, I can tell you that the research opportunities and faculty are two of the main things people look at when picking a school.

e summer I had the pleasure of sitting down with various professors and graduate students at UNBC to talk about the research they are conducting. It was very enlightening for me because for years I have known that UNBC is a leader in environmental research, but it wasn’t until I had these conversations that I could truly appreciate the wide variety of research actually done at UNBC. I learned that topics researched at UNBC run from refugees in Europe to Sparrow calls in North America.

Some of the conversations I had were through a radio show that I host on the university’s radio station: CFUR Radio. One of the first professors I interviewed told me about his research into White Throated Sparrows. His research is showing that these sparrows, which originally lived further south than Prince George, are now calling our community home. A couple of reasons for this could be the warming climate or human impacts on the environment. This could be the first of many changes to our local environment that will endure due to climate change. It is at UNBC where people are studying these changes.

Another professor at UNBC I interviewed told me all about her research in Ireland and the asylum system they have in place there to handle refugees. When you think about our world today, her research proves very important in dealing with issues surrounding refugees from all over the world. It might seem far removed from our community, however her research has created opportunities every year for students to travel to Europe and learn first hand what is going on.

Lastly, I spoke with a graduate student who worked in partnership with other schools around the world to successfully sequence or map RNA. I had a

We often don’t hear about the interesting work being done at UNBC.  Many of us in Prince George might see it as an institution that creates educational opportunities rather than a hub of intellectual discovery. UNBC is a doorway to major national and international conversations about issues that affect us all. Maclean’s Magazine did not rank UNBC number one for small research universities in Canada for no reason. If the future of our world is in the knowledge economy, UNBC and Prince George certainly has a lot of product to offer.