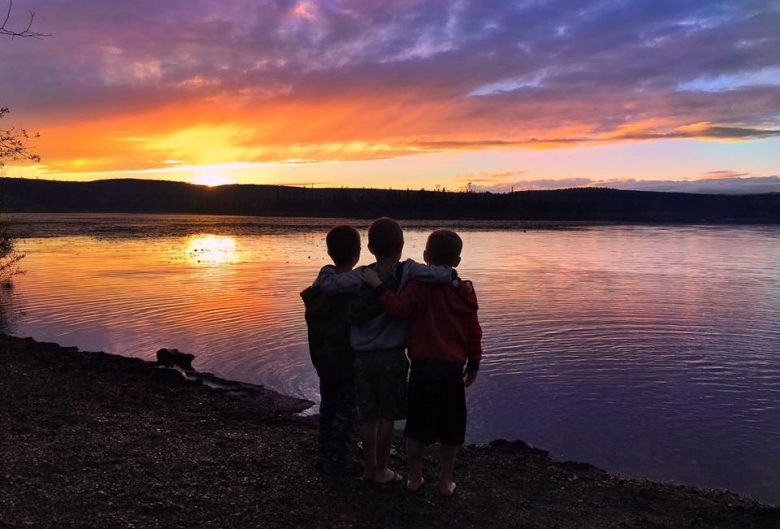 Welcome to Northern…wait, Central BC

Welcome to BC’s northern capital!  A beautiful little community situated smack dab in the middle of the province…

I claim zero geography skills but something tells me that this title may be a tad bit off. One only needs to Google image a map of BC to find that Prince George is almost dead centre in the middle of the province.

So if BC’s Northern Capital doesn’t sufficiently describe Prince George, could there be a better nickname for this town and its 70,000+ residents?

What is Prince George known for? What impressions do people leave here with once they head home? We have many great factors to our smallish centralized town but what are the key factors that stick out in the minds of visitors and locals alike? What title, if any, could represent our community better than our current “Northern Capital”?

Prince George has had its fair share of bad press over the last few years but a more recent trend is beginning and we are starting to see more and more positive stories about our city. One thing that’s always talked about is how kind, generous and welcoming we are as a community. A great example of this is during the 2017 BC wildfires when Prince George took in the equivalent of a small city – 10,000 people to be exact! And Prince George took in several thousand more evacuees during the 2018 BC wildfires. These evacuees were fed, housed, and cared for under the wing of our residents. Multiple local businesses offered evacuees discounted or free services and stories of children spending their allowances to purchases gifts or people picking up families from shelters and treating them to a night out were not uncommon. So many great acts of kindness were displayed during these stressful times and listening to people tell their stories really does restore your faith in humanity.

How about, Prince George “home of the world’s strongest woman”

Yes, you read that correct…I said world’s. As in the toughest gal on the whole entire planet. She lives here. She trains here. If you’ve ever had to question the ability of our local coaches and athletes in comparison to anywhere else on the planet, here’s your answer.

I had a personal celebration last week when I did my fifth consecutive push-up.

She literally lifts cars in her free time.

Maybe Prince George “land of the best skies” would work?

I remember sitting on the white stone walls of Oia on the island of Santorini in Greece, eagerly anticipating my chance to witness the sunsets that they are oh so famed for. Countless times I had heard about their ‘world famous sunsets” and I was anxious for my turn to view one.

As the sun started to dip, it began to leak out colors of mauve, orange navy and coral into a truly majestic sight. But even in all its glory, I felt a little piece of Prince George with me. In a place so far away, worldly notorious for its evening splendor, I felt l had seen it all before. I mean, the blue domed churches, Aegean Sea and whitewashed village were obviously new to my eyeballs but the actual splendor of the sky looked almost exactly the same as some of the sunsets I have seen playing 8:00 pm games on the Nechako Ball Fields. Some people will never have the chance to go to Greece, but a lot of you will have the chance to go to Prince George.

Next time you are lucky enough to witness one of these Prince George light shows, take it in and know that people are paying good money for something you get to enjoy for free!

What do you think is a better nickname for Prince George than “Northern Capital?” Let us know on Facebook.