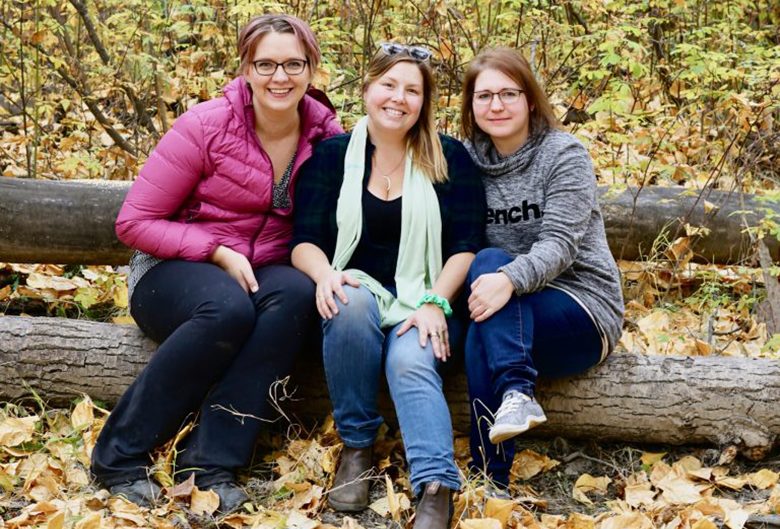 Why we moved to Prince George and started Northern BC Moms

The population in Prince George is growing and we’re here to let you know why we three, Northern BC Moms, love BC’s Northern Capital and why you should #MOVEUPPG !! 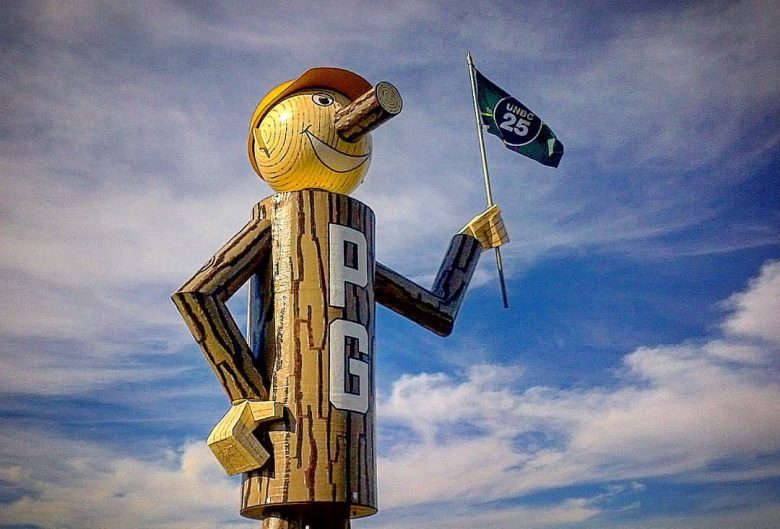 For one, it’s the largest city in Northern BC. Two, it’s majestically beautiful…period. We love everything from the cutbanks, the bridges, the rivers and lakes, to the revival of the downtown core, and yes, even the smoke stack sunsets. And three, it’s a great place to start a family.

Northern BC Moms kick-started in the spring of 2018 connecting with parents across British Columbia’s Northern Region. We are dedicated to sharing the best places for families to SHOP, EAT, PLAY and DISCOVER in Northern BC! And also to building a village of support through My Northern BC Village. I’d like to introduce you to the three women behind Northern BC Moms and share their Move Up Prince George stories and why they love living in Prince George! 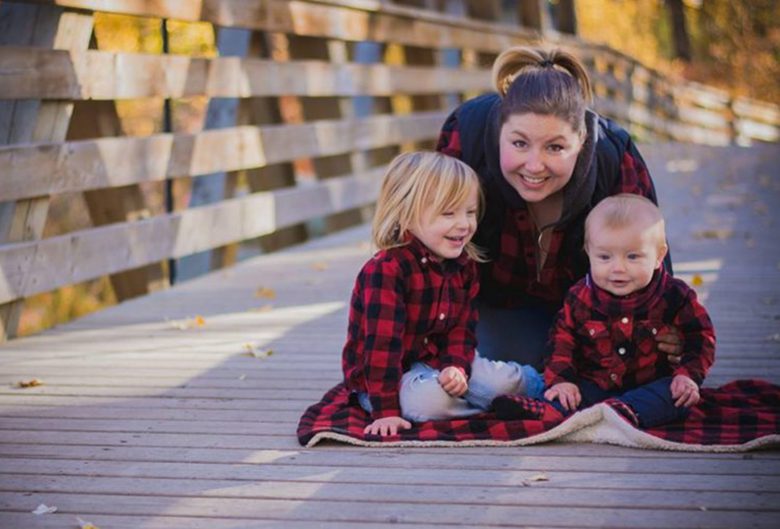 Kate and her boys, Finnigan and Lachlann.

Kate is one of three bloggers with Northern BC Moms. She’s originally from Terrace and moved up to Prince George in the summer of 2012 after completing her education in graphic design at BCIT and Emily Carr. She moved here primarily for affordable living as well to start her career with The Free Press (may this paper rest in peace) and to begin her freelance design hustle: Ames Design Studio. 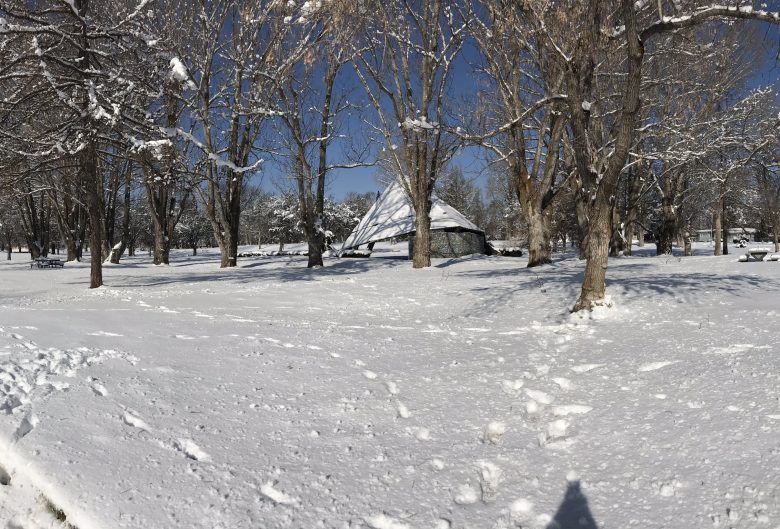 For Kate, Prince George is a happy medium between city and small-town life. She’s coined PG’s nickname as “little big town.” She says “There’s always lots to do with plenty of local events, festivals, concerts, sports, arts, and culture galore. But it’s small enough that the local trails, lakes, rivers and mountains are right out your door!” Being able to fish, hunt, camp, bike, ski, quad or sled whenever and almost wherever you want is a reality here.

What’s keeping Kate here you might ask? And the short answer is, family. And by family, she doesn’t just mean biological family. Prince George’s community is like nowhere else. And it’s the village that she found after having kids as well as family that makes PG home.

But that’s not all…Prince George is also one of the MOST affordable places to live in the beautiful province of BC, which has been proven by a report by Zoocasa! Read the Global BC article here. It’s no wonder Kate left Vancouver, the least affordable city in BC for the most affordable! And she’s not the only one. She told us that more than half the young adults and families she’s met in PG have also moved up from the lower mainland area!

Want to learn more about Kate’s life in Prince George? Check out her feature blog post on Northern BC Mom’s #momcrushmonday 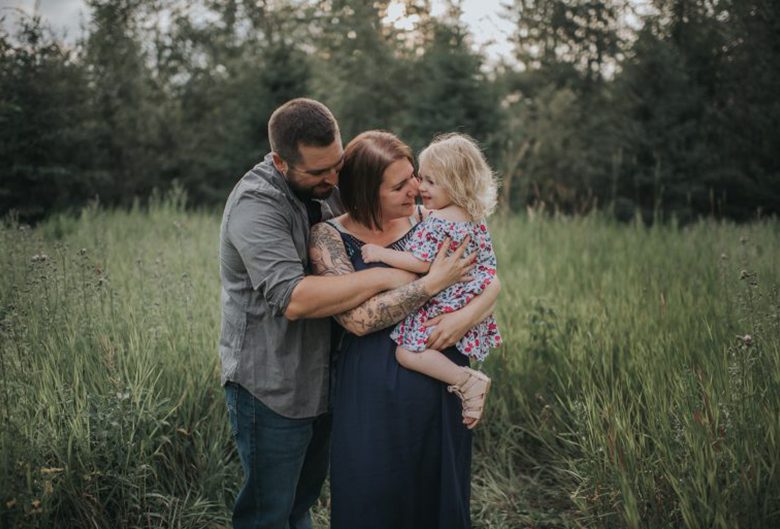 V with her hubby and daughter.

V moved to Prince George in 2010, after growing up in Terrace, living in Hazelton and working in various camps around Northern BC, to attend the renowned nursing program at the University of Northern British Columbia (UNBC). She also scored a great job working for Northern Health. It’s here where she met the love of her life, bought a house and started her family.

You Can Do It All

V is here to tell you, “You can do it all in PG!” Alongside being a full-time mom, employee, and student, V and her spouse are renovating their first home. They stay in Prince George for the family supports, educational and employment opportunities and because they can afford to get into the housing market and make a profit here!

Want to know more about V’s experience parenting in Prince George? Check out her feature post on Northern BC Mom’s #momcrushmonday 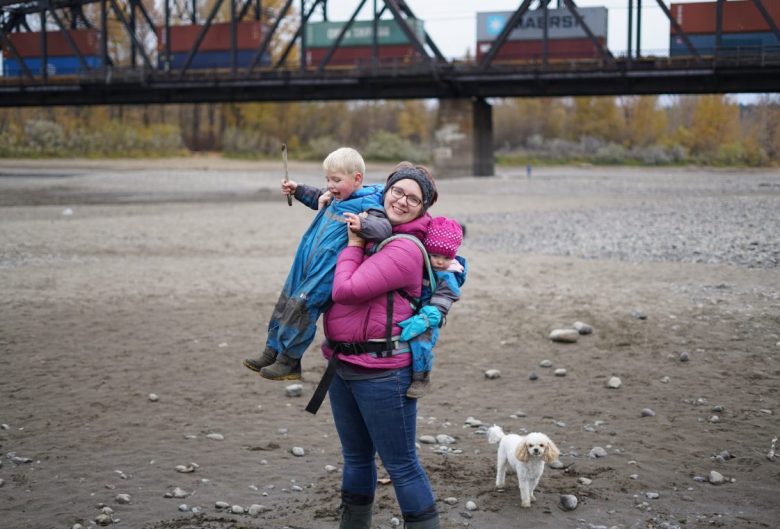 Bailey and her two kids, Walter and Anna.

Bailey is a Lower Mainland transplant to Prince George. She moved here after high school to attend UNBC’s environmental studies program. Upon completion of her degree, she married a PG local, started a family and became a blogging WAHM (work at home mom). She’s passionate about cloth diapering and attachment parenting. Check out her blog @simplymombailey or catch her @clothdiaperpodcast

Bailey is also pursuing her post-graduate public relations certificate at UNBC. While managing her home, two puppies, two high energy kids, and life with a CN husband – we have no idea how Bailey does it! Or do we…the common denominator here is living in Prince George, BC!

According to Bailey, “It’s small enough that the local trails, lakes, rivers and mountains are right out your door!”

Nature At Your Backdoor

Bailey also loves getting outdoors in PG. Amongst all her other endeavours, she is the ambassador of the local branch of Hike it Baby. And she’s also looking into starting Forest School here in Prince George. Stay tuned! 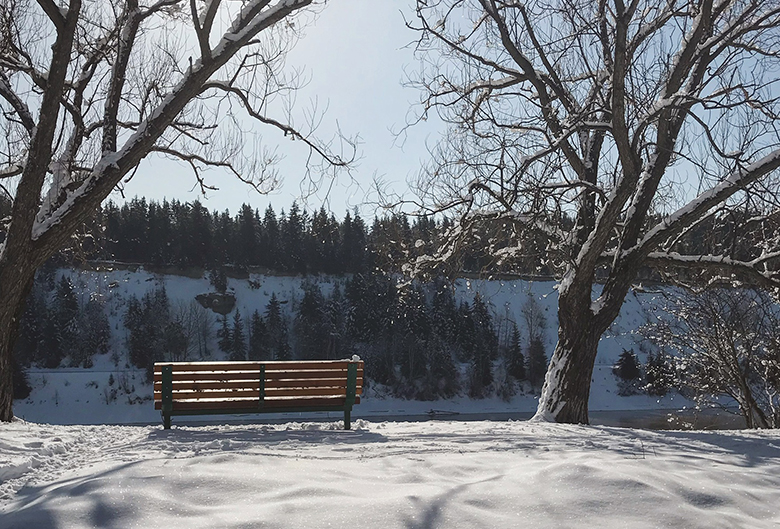 By the Fraser River.

She’s explored most of the lakes, trails, falls and parks in and around PG, but also loves how central our northern capital is to the rest of the province! She loves to pack up the kids and jump in the care for a day trip or road trip to explore beautiful BC. She says “When you live in PG, you can just pick a direction and go!”

Whether you need work, an education, want to buy a house or raise a family you can do that all and more in Prince George. And have all the benefits of the city but none of the commute! We three at Northern BC Moms think Prince George is BC’s best-kept secret. And we’re here to let you in on some of the reasons why!