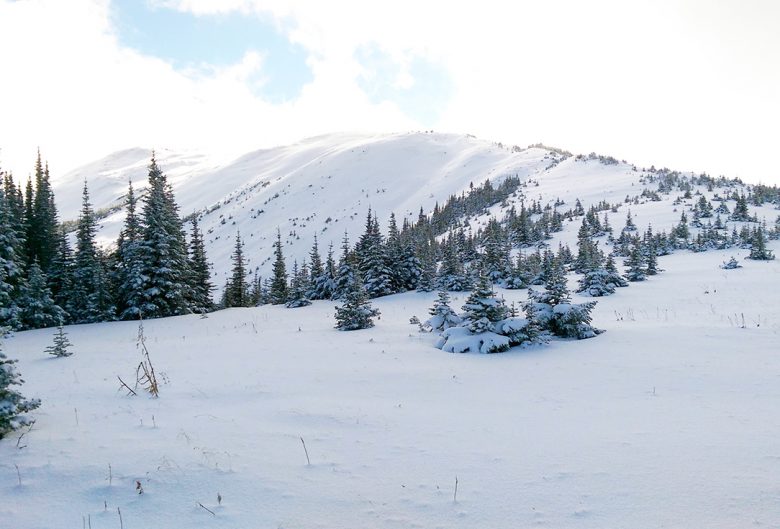 “Hope you like snow, and cross-country skiing, and mountains!”

It’s one of the first things you hear after moving to Prince George, and it sounds like a line. Small talk between strangers.

“Yes. Yes, I do indeed like…two out of those three things.” I say it with a bit of a sneer, at first. After all, I moved here from Alberta. What can Prince George possibly have to offer that Banff or Jasper didn’t? Well, folks, the short answer is: lots. And I haven’t even had THAT much time to explore everything yet. I travelled around a bit in the summer and could start gushing about the overwhelming richness and power of the Ancient Forest, or the ridiculous charm and quirkiness of Teapot Mountain. Instead, I would like to dedicate my first post to the wonder of my favourite season: winter. Specifically, winter hiking – there’s a lot of it to be done, and so conveniently close! It’s so exciting not to have to drive for four hours to get to the mountains.

So, how hardcore do I have to be to hike in the winter?

As hardcore as you like. When someone says ‘hiking’ you immediately imagine people with big backpacks strapped to their bodies, eating protein bars and staring down bears. Let’s not forget that hiking is basically walking in some sort of natural habitat. It does not have to be intense. You can wear jeans. The beauty of Prince George is that is has something for everybody. If you want a more strenuous hike you can take a trip to Raven Lake or Driscoll Ridge, just off the Yellowhead and only an hour away from the city. If you want a milder adventure, the Pidherny Trails are in city limits, but still feel like a nature outing, not just a walk in a park. 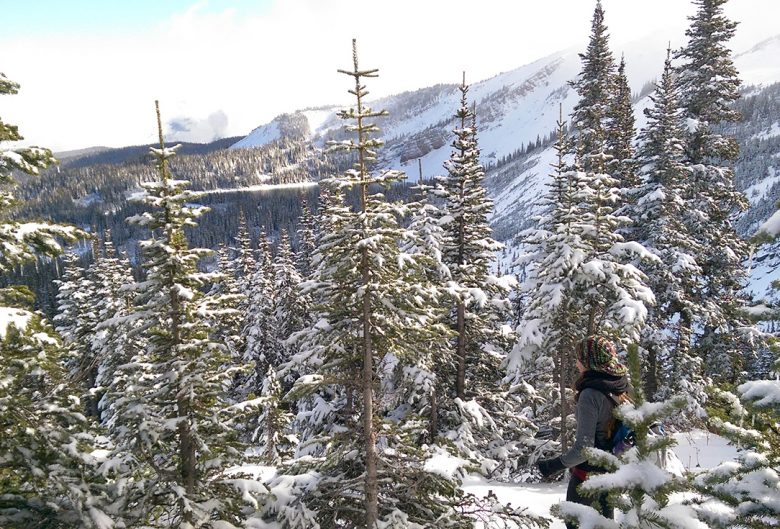 Back in September I thought I’d take advantage of what was most likely the last gasp of autumn and go for a hike through the lovely red and yellow foliage at Raven Lake. I put on my semi-practical light boots and a loose-knit beanie, put a jacket in my backpack – just in case – and was on my way. By the time I reached the parking lot at the foot of the trail, my car was struggling through half a foot of snow. I decided to start the hike even though I was less than prepared for a winter adventure, since I’d come all that way. It wasn’t too cold and the snow wasn’t too deep for the first part of it, so I thought I’d try to make it to a cabin that’s supposed to be about halfway up the mountain. Took a wrong turn and two hours later ended up a lot higher than intended, trudging through a foot and a half of snow, feet soaking wet and one of my heels starting to go numb. And looking down at the cabin I was trying to reach, so small in the distance. But even through chattering teeth and thoughts of how I might feel about having my frost-bitten foot amputated, I could not stop marvelling at how beautiful it was up there. Sunny, shimmering peaks, pristine snow – really, it doesn’t get any better than that. I was surrounded by four or five peaks which I knew would offer fantastic views, and even debated trying to get to the top of the one that looked SO close. But, alas, reason won out and I made my way back down to dry socks and a hot water bottle. Definitely must do it again – just a little better prepared. 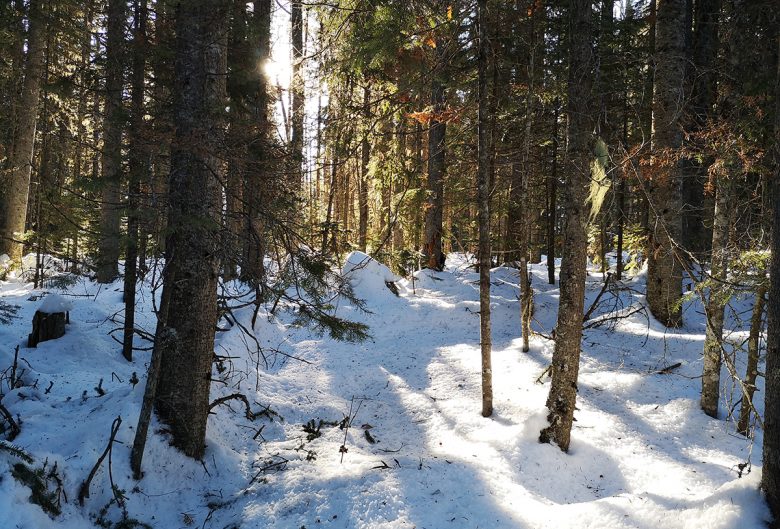 I’ve also had the pleasure of exploring the Pidherny Trails recently. It’s quite an extensive network, probably offers hours of hiking if one is so inclined, but the difficulty is more manageable. And the forest is just as beautiful under its blanket of snow as its mountain counterparts. On this particular outing, I also tried snowshoeing for the first time. I wasn’t sure what to expect, and frankly didn’t think the shoes would make much of a difference, but to those unfamiliar with it, let me tell you: it does, and it’s awesome. The snowshoes keep you from sinking in, give you a better grip – I even tried doing a little jog in them, and it felt so easy! If you haven’t tried it, I highly recommend you do.

So, winter in Prince George is awesome?

Yes. Yes, it is. The mountains are absolutely gorgeous and relatively close to the city. And people who live here are so into their winter activities, it’s practically impossible not to meet someone who’ll want to drag you out to try one of them. My advice: do it. Odds are, it’ll be a great adventure.